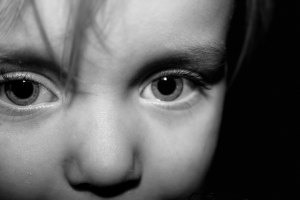 Last week, the Atlantic published an article that takes a new perspective on the problem of bullying.  The upshot: prevention is all very well, but not enough is being done to treat victims of bullying after the fact, and such treatment might be a way to stop the bullying cycle.

The article suggests that victims’ reactions to bullying can perpetuate the problem.  If victims receive counselling and social tools, however, they may be empowered to improve their situations.

The key to anticipating victims’ responses, it turns out, is to figure out their motivations for interacting with their peers in the first place. That is, kids who wanted to be popular and feel superior tended to retaliate impulsively. Those who wanted to appear cool by avoiding criticisms were more likely to pretend like nothing happened. And those who were genuinely interested in fostering friendships tended to react in healthful, positive ways. They asked their teacher for advice, sought emotional support, and found means to solve the tension with those who harassed them.

What’s more, victims’ views of friendship and social roles had an influence on how they dealt with bullying.

Children who believed friendships are fixed, succeeding or failing without their involvement, tended to be more enamored with popularity and may [sic] be more vengeful as a result. On the contrary, those who viewed their friendships as works in progress tended to appreciate their peers more and interact more responsibly.

I was sometimes bullied as a child and adolescent, and I recognize myself in these descriptions.  I was the cool, avoidant type; I was likely to pretend nothing bad was happening, and to gratefully accept crumbs of decency from my tormentors when they decided to be nice to me today.  And I did see friendships as “fixed”: I had no idea how to make friends, clung to friendships once they were even tentatively established, and was bewildered when they failed.

What’s more, for years into my professional life, I replayed my role as a victim in my classrooms.  My desire to be liked by my students and avoid conflict led me to tolerate unacceptable behaviour toward me and others.  It still does, occasionally, but learning to moderate my own responses, to deal with such problems directly, and to accept that I can only control my own behaviour and can’t keep wishing that others will change, have all helped me be a more effective teacher and, frankly, an adult.

The comments section of the Atlantic article contains a rash of responses crying “You’re blaming the victim!”  I think this is misguided.  You don’t have to be the one at fault to take action.  And in the end, who is more likely to approach this problem in a constructive way – the miserable twerp who is taking pleasure in his/her power, or the child who stands to benefit from a change in the dynamic?

What do you think?  Have you ever been bullied? Have your children, or siblings, or other young people you know?  Do the measures proposed in this article seem viable to you?  Is training for those who suffer from bullying likely to help solve the problem?

Thanks once again to Erin M. for sending me to a thought-provoking article!

Check out English Teaching Daily, a site out of India that describes itself as “your one-stop-destination to access the happenings in the field of English Language Teaching.”  Today, they reprinted my post “Why Do I Have to Learn This?”