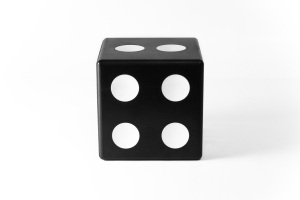 The fourth of ten things I loved about teaching this past semester.

4. Harry Potter and the Philosopher’s Stone

I’ve been doing a lot of reading about reading lately.

Since I began teaching CEGEP, I’ve become aware of a problem that directly influences everything I do (or, at least, it should) but I don’t know how to grapple with this problem.  The problem is that students don’t read books unless they’re required to read them for school.

This has become a little less true in the last couple of years, though, and I put it down to two things.

I would wager that this year, most of my female students had read the Twilight series.  I can’t count the number of times I was subjected to loud conversations outside my bathroom stall to the tune of, “Not Edward, I love Jacob!”  “No, Edward!  He’s sexy!”  “Jacob!”  “Edward!”  I could have assumed they were talking about the films, but I regularly saw the covers of Twilight installments sticking out of bookbags, and what’s more, it felt like I was seeing more other books sticking out of their bookbags as well.  Mostly vampire-themed romance novels, but still.

I believe that any book-reading is better than no book-reading, and I believe that students who read for pleasure have huge advantages over students who don’t. That said, I tried to read Twilight.  Or, rather, I tried listening to it as an audiobook.  About three chapters in, I was ready to puncture my eardrums to make it stop.

I shouldn’t assume that the book was wholly at fault – maybe reading the voice of the insipid narrator Bella would have been less irritating than hearing it.  But I was also offended and bored by the whole premise: girl with no discernible attractive qualities becomes the object of the obsessive desires of all the boys around her, including a vampire who is not a boy at all, but old enough to know much, much better.  Laura Miller of Salon has written and spoken about the problems with the messages that Twilight sends to teenage girls, and I agree with her.  Rescue fantasies are always troubling, I find, but it helps if the heroine is at least spunky, and Bella, at least in the first part of the first book, is about as spunky as low-sodium polenta.

Which brings me to what I believe is the second reason that these days, more of my students have read SOMETHING that wasn’t assigned by a teacher, and that reason is of course Harry Potter.

At the time when the Harry Potter books were really taking off, my students would have been around the age of the first book’s target audience.  A couple of years ago, when I asked classes if they’d read Harry Potter and the Philosopher’s Stone as kids, only a smattering of them raised their hands.  This semester, at least half of them did, and a good percentage of those said they’d read all or almost all the books in the series.  (The percentage who said they’d seen the movies but never read the books was about the same as it had ever been.)  Some of them had read the first book for school, but a lot had either read it on their own or, once they finished the assigned first book, went on to read the rest of the series of their own volition.

I assign it in my Child Studies course, where we first read Franny and Zooey.  They almost all hate F & Z, and they all, almost without exception it seems, love HP.  The reasons for this are a focus of discussion for much of the course; “What makes a book good?” is a running question from the beginning of the semester until the end, when they write a story themselves and evaluate it according to the criteria they come up with.

Harry Potter is special because they think it’s good, but it’s also special because I think it’s good.  It’s a good story.  It has lots of important messages about the value of courage and the danger of judging by appearances.  It has lovable characters, and most of the nasty characters are complex.  And it’s full of wonderful funny writing.  Assigning Twilight on a course would leave a bad taste in my mouth, but assigning Harry Potter doesn’t.  If they haven’t read it, they should.  If they have read it, they should read it again and think about why they love it so much.

What strikes me most about the Harry Potter lessons is the level of engagement in the discussions.  Students are almost never off-task.  No matter what question I ask them about the book, they have something to say about it.  They’ve DONE THE READING.  (If you aren’t an English teacher, you may not be aware of how significant this is.  It is VERY SIGNIFICANT.)  When I walk around and observe them, they hardly notice me, so absorbed are they in discussing whether Harry’s relationship with Draco Malfoy is more important than his relationship with Ron, or whether there is anything morally questionable about the role of witchcraft in the series.

Some would ask whether pleasure-reading should really be the focus of the college English classroom.  I would argue (and am hoping to soon write a literature review that argues) that it should be at least one of the foci, at least in the context that I teach in.  This might not have been true thirty years ago, when a large percentage of the students admitted to CEGEP already knew how to read for pleasure, and didn’t need to be given opportunities to discuss books they easily loved – they did that on their own time, as all “readers” do.  At that time, it made sense to introduce students to books they might not come to on their own, and to challenge them to find value in works they didn’t particularly like.*

I think it’s still important to do this (and when we work on Franny and Zooey, finding value in the difficult is the main thrust of our work.)  However, I think we also need to acknowledge that for many students, the only books they ever read are the ones they read for English class.  If they haven’t learned how to love books, English class might be the only place they can learn that, the only place where they have natural, invested discussions about books the way “readers” do, the only place they get to practice the skill of being a “reader.”

And if Harry Potter is the only book, or set of books, they’ve ever loved, then it might be a good idea to pause and look at it deeply and think about that experience: the experience of loving a book.

I try to mix up my assigned texts, mostly to avoid semester-to-semester plagiarism, so I’m trying to find a replacement for HP and the PS next year.  I’m considering introducing the students to A Wrinkle in Time instead.  I think of it as one of the Harry Potters of my generation.  (It was actually published seven years before I was born, but my friends and I were obsessed with it.)  It’s also the first in a series – a trilogy, actually – so you never know; it might lead some of them to read two non-required texts that year.

What book did you love when you were seventeen years old?  If I gave it to my seventeen-year-old students now, would they love it?  I might not teach them anything else, but if I give them the chance to love at least one book, I’ll feel like I did something right with my life.

*Katha Pollitt’s essay “Why We Read: or, Canon to the Right of Me” elucidates this topic in a way that has stayed with me for many years.